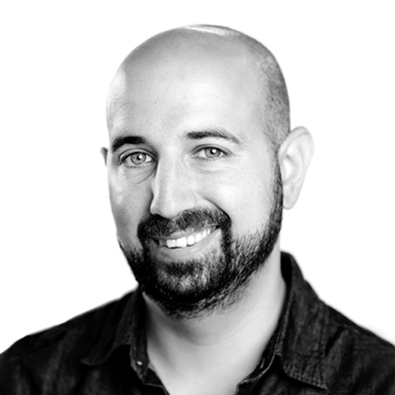 Yotam grew up in Haifa, Israel, as the youngest of three in a secular Israeli home. Following his military service in the anti-aircraft corp, Yotam spent three summers as a counselor and sports specialist at a Jewish summer camp. He also trained other Israelis to become summer camp staff through the Jewish Agency. Prior to joining The iCenter, Yotam was the Jewish Agency Israel Fellow to Yale University. Yotam holds a BA in International Affairs and Communications from Hebrew University in Jerusalem, and is currently earning his MA in Israel Education with The George Washington University and The iCenter. Yotam currently resides in Ramat Gan with his partner, Nitsan.

I very much like to spend my time playing, but mostly watching, all kinds of sports. I have been a supporter of Maccabi Haifa since I was young, and my favorite pastime is watching a good soccer or basketball game with friends. In my spare time, I also have my own sports podcast, giving me more opportunities to talk about my favorite thing!

Every map tells a story. Whenever we choose a map, whether or not we are conscious of it, we are choosing a particular narrative and perspective. No map is perfectly accurate. Every map is the END_OF_DOCUMENT_TOKEN_TO_BE_REPLACED

Israeli children’s literature has undergone an evolution since Israel’s founding. As a nation was becoming established, most Hebrew children's books emphasized the values of pioneering, struggle, and achievement, emphasizing the role of the individual in END_OF_DOCUMENT_TOKEN_TO_BE_REPLACED